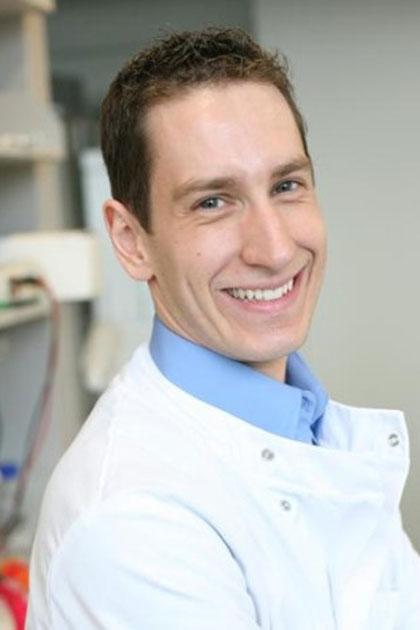 Psychological stress is a major risk factor for the pathogenesis of psychiatric disorders, especially anxiety and depression. However, the neurobiological mechanisms by which stress changes the brain to cause differences in mood and behavior remain elusive.

To investigate these mechanisms at the molecular and cellular level, our lab combines neural circuit approaches with molecular techniques in transgenic mice, including in vivo calcium imaging, optogenetics, chemogenetics, next generation sequencing, and epigenetic analyses. Combining these techniques allows us to investigate the effects of stress and antidepressant treatments from molecules to cells, from cells to circuits, and from circuits to behavior. We are particularly interested in understanding how stress that is experienced early on in life can cause epigenetic changes in the brain that in turn exert long lasting effects on gene expression, and ultimately on the functional development of brain circuits involved in mood and anxiety-like behavior.

We recently found that the dentate gyrus region of the ventral hippocampus contains a specific population of ‘stress-responsive’ neurons that can cause anxiety-like behavior in mice. These stress-responsive cells can be silenced by adult hippocampal neurogenesis, which in turn causes resilience to the effects of chronic stress by inhibiting the ventral dentate gyrus (Anacker et al., 2018). We are now interested in understanding how early life experiences affect the development of these stress-responsive cells in the hippocampus and how these cells are modulated by effective antidepressant treatment. As part of this research, we are also using transgenic mice together with early life stress and adult stress paradigms to explore how ‘gene x environment’ interactions contribute to differences in the development of the hippocampus and of the wider neural circuitry underlying anxiety and depression, as well as to differences in antidepressant treatment responses.

Ultimately, our goal is to determine the neurodevelopmental mechanisms that contribute to individual differences in stress susceptibility and resilience, with the goal to find new strategies to treat or prevent psychiatric disorders in humans.