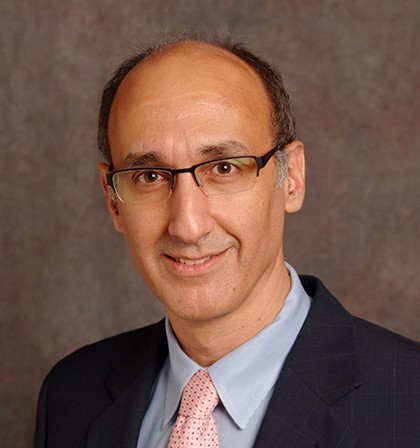 Jonathan A. Javitch, MD, PhD
Lieber Professor of Experimental Therapeutics (in Psychiatry) / Professor of Pharmacology (in the Center for Molecular Recognition and in Physiology and Cellular Biophysics)
PubMed

One main line of research in my laboratory is aimed at understanding the structural bases of agonist and antagonist binding and specificity in the dopamine D2-like receptors and related biogenic amine receptor, how agonist binding is transduced into G protein activation, and the structural basis for G protein-coupled receptor (GPCR) oligomerization and its role in signaling. In the pursuit of these objectives we are carrying out research on the dopamine D2 receptor as well as several other GPCRs. The D2 receptor is the principal target of antipsychotic drugs used in the treatment of schizophrenia.

Other research in my laboratory is focused on determining the structural bases of the transport of substrate by the dopamine transporter and its inhibition by drugs such as cocaine and amphetamine. We are also studying regulation of the trafficking and function of the dopamine transporter and its role in sensitization. Several lines of evidence support the relevance of sensitization to the pathophysiology of schizophrenia, including the ability of amphetamine and other psychostimulants to induce psychosis in normal subjects and the increased sensitivity of patients with schizophrenia to the psychotogenic effects of psychostimulants.

Our laboratory also studies a number of bacterial homologs of the neurotransmitter transporters as model systems for direct structural studies, including X-ray crystallography, EPR spectroscopy, and single-molecule fluorescence spectroscopy, which we are pursuing in collaboration with colleagues. Our work focuses primarily on the molecular and cellular level, and we also are using mice and fruit flies as model systems to probe the relevance of these molecular details to psychostimulant-induced behaviors.